Yesterday was a very frustrating day.  It seemed like every time I tried to get something done, I was stopped by 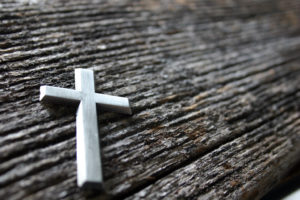 something outside of my control.  A couple of the items were resolved, but it looks like one significant inconvenience will not be.  Can we work around it, certainly, just an aggravation.

Realizing we would have to live with the situation at bed time was not the best thing for me.  I have a tendency to make bad decisions when it’s late and I’m tired.  I realize that and normally would not….but oh the aggravation…  As I laid there stewing over what to do, my wife, out of the blue, reminded me we are to take every though captive to Christ.  Even though I didn’t want to, I knew she was right and the best thing to do was give it to the Lord and go to sleep

This morning, still a little aggravated over the inconvenience, the Lord reminded me of the message I just preached a few weeks ago about forgiveness through todays devotional from Family Life Radio…and so that is what I must do, forgive them.

There are two life lessons from my situation.  One, your actions or inactions affect more people than you may ever know or understand.  Do your best to live a thoughtful and considerate life. Two, forgiveness is real and must be practiced as often as you are offended, not just when it’s convenient.

Then Peter came up and said to him, “Lord, how often will my brother sin against me, and I forgive him? As many as seven times?” Jesus said to him, “I do not say to you seven times, but seventy-seven times.” – Matthew 18:21-22

Religious teachers of Jesus day taught that we should forgive, but only three times. Peter, always full of questions, asked Jesus if we should forgive others seven times. Seven was believed to be the perfect number and Peter probably felt his suggestion was more than what Jesus expected.

Imagine Peter’s surprise when Jesus said the number wasn’t seven, but 77. Jesus’ extravagant number meant we should not keep track of how many times we’ve forgiven someone, but instead we are to forgive as many times as they ask.

Many times, Jesus told those who came to Him that their sins were forgiven: the woman caught in adultery, the paralyzed man whose friends lowered him down through a roof, Peter for denying Him and the criminal who hung beside Him on the cross.

Jesus provided us with many examples in His own life of where He forgave others, from times in His early ministry when He forgave the sins of others, to asking the Heavenly Father to forgive the very ones who crucified Him.

Jesus gave His life so that you could receive forgiveness and be reconciled with your Heavenly Father. Will you accept His forgiveness today?